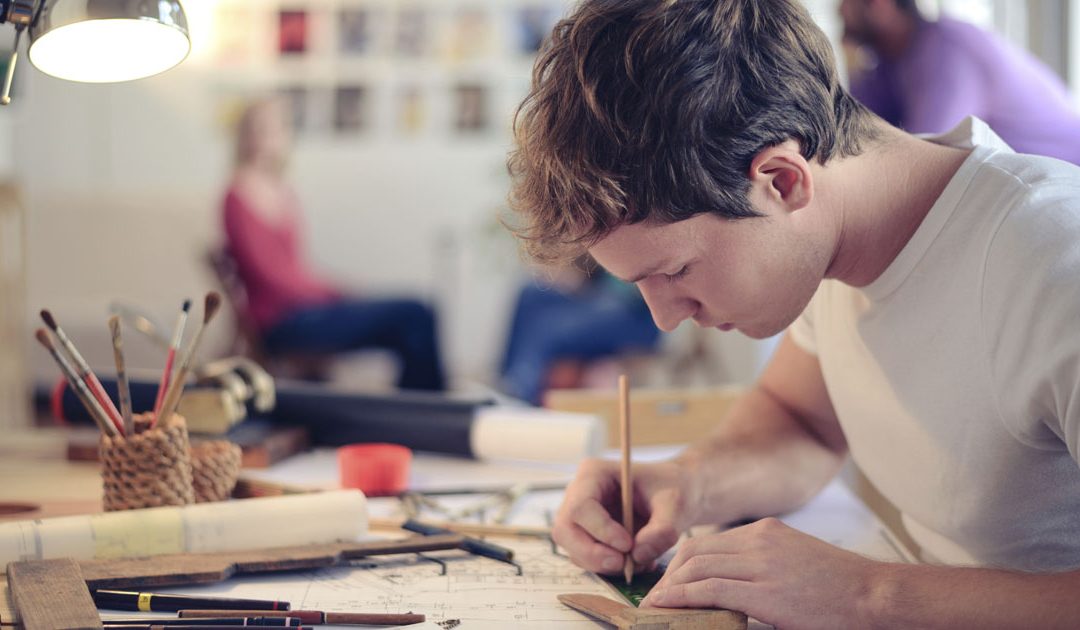 After speaking with a co-worker about my blog series – Athletically Inspired Educational Journey – we got on the topic of what I studied at school, and why I decided to study it; something I had not yet touched on in my previous blog posts.

As a child, I had a strong interest in both insects and visual arts. My interest in insects was inspired by my father who spent countless hours with me in local parks catching cicadas, frogs and snakes. My interest in visual arts, however, came from within. Throughout my childhood, my passion for visual arts continuously appeared. Whether sketching my favourite sports athletes or drawing out each insect my father and I had caught that day, these interests were apparent and influencing my future.

As I progressed through high school, I continued to follow these interests by studying biology, kinesiology, and visual arts. During my final year of high school, a decision had to be made of what I was going to study in university. As I signed an athletic scholarship with the University of Tulsa, I had to be mindful of the athletic commitment that would be required of me as well. Athletics and academics would need to work together. I decided to study graphic design at the University of Tulsa. TU has a very good visual arts program and design agency, which influenced my decision. But the decision was not a simple one for me. I considered majoring in biology, which would have led me to study zoology and (my real love) entomology (the study of insects).

Ultimately, what sold me on graphic design was the fact I was a very visual person to begin with. I learn best visually and I find myself analyzing everything from road signs to sports logos. You cannot hide from design, as it is everywhere. I realized that how things were designed mattered to me more than understanding how they functioned.

As design started to affect my daily life more and more through technology (i.e., laptops, mobile phones, etc.), I became very interested in the digital side of design. Post-graduation in 2010, I had moved back home to Kitchener-Waterloo – one of the most innovative tech cities in all of Canada. I was given the opportunity by a local innovator to work as a designer in my first “real” job. I learned continuously, honed my skills, and became interested in how design can affect human interaction in technology. Working for this innovator for several years allowed me to learn the internet and how to code. Harnessing this new skill allowed me to better understand the functionality of the products I was helping to build, which allowed me to produce more efficient designs.

Looking back on my decision today, I am very happy with the educational path I chose. It allowed me to branch into a very interesting line of work building user interfaces for some of the latest apps on the technology we use on a daily basis. It also allowed me to have an interest outside of sport, as well as a job that continues to teach me every day. I will share more, in my next blog post, about my journey as I continue my series – An Athletically Inspired Educational Journey.