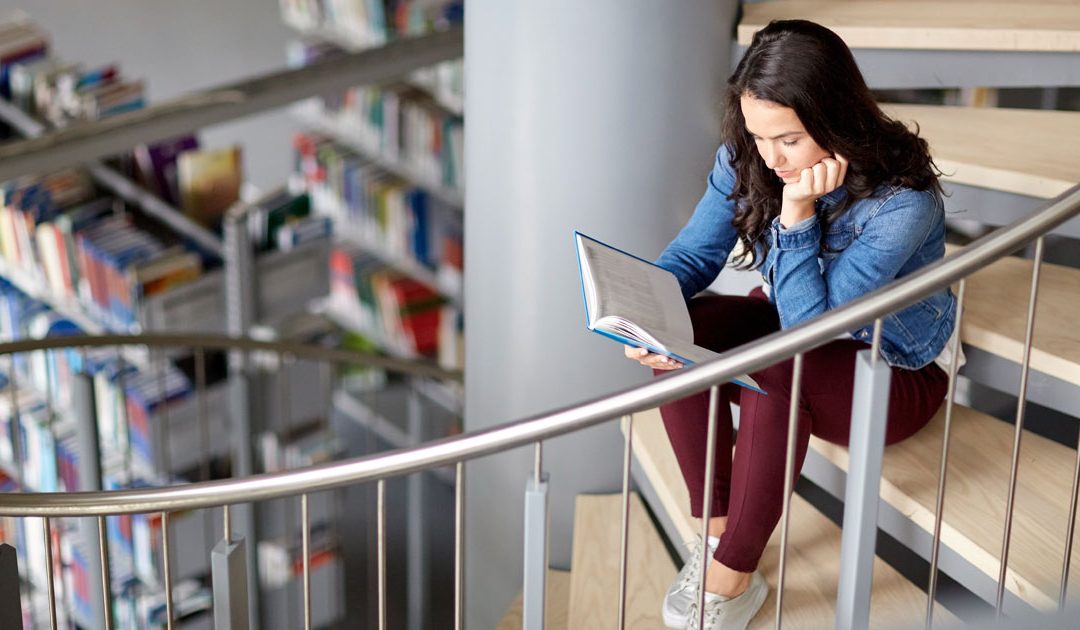 A few weeks ago, I shared some book selections for students nervous about the transition to university. However, with the start of a school year so close, students who are returning to high school might also want to get their minds back into an academic mode with some school-themed reading. Of course, most YA novels have teenage protagonists, so a large proportion of them feature high school in some capacity. Therefore, I’ve limited this week’s selection of books to the high school environment plays a significant role in the plot.

This book, the story of a high school junior struggling with mental health issues and toxic friendships, is remarkable both for its authentic portrayal of obsessive-compulsive disorder and its message about the supportive communities that can spring up in a high school environment. When Samantha’s struggle with OCD begins to alienate her from her popular but unsympathetic friend group, she finds Poet’s Corner, a secret club composed of other students who feel out of place at school. If you’re looking for a nuanced look at the social environment of high school with an unexpected twist ending, Every Last Word is a great choice.

The Truth Commission isn’t a typical high school novel–it’s written in the style of a creative non-fiction assignment penned by the protagonist, Normandy Pale, who’s been immortalized against her will in a popular series of graphic novels written by her sister. One way in which the novel’s central theme of truth manifests is in a plotline about the Truth Commission, a project launched by Normandy and her friends to expose the secrets hidden by classmates at their art school. Watching the chaotic effects of these efforts as they both help

This graph novel undoubtedly has the simplest story out of the five books on this list: Paige is an artist who’s just transferred to a new high school and isn’t sure how she’ll fit in. What sets Page by Paige apart is the incredible illustrations which bring the story to life. Gulledge constantly breaks convention with the elaborate composition of her pages and laces her story with visual metaphors. Whether you’re interested in the story of a shy teenager finding her place in a new high school or just want to enjoy some stunning artwork, Page by Paige is worth a read.

This book puts a twist on the common YA theme of a high school transfer: Will Halpin is a Deaf teenager who decides to switch from a Deaf high school to a mainstream public school. He has a rough time adjusting to the new school due to poor accommodations, disinterested classmates, and the murder of the school quarterback on a class trip to a coal mine. Although he’s shaken by the unexpected death, Will decides to team up with his closest ally at his new school in order to get to the bottom of the mystery. This book is both a compelling mystery and a look at the experiences of marginalized students in mainstream environments.

If you’re in your senior years of high school and starting to think about the college application process, Enter Title Here will probably make you laugh, or at least give you some perspective. The protagonist is a manipulative anti-hero named Reshma Kapoor who is willing to go to any lengths to get accepted to Stanford. Her latest scheme to impress the admissions team involves landing a literary agent and writing a memoir about her final year of high school. She decides her book will be a heart-warming account of how she learns to value friendship and fun over the constant pursuit of academic perfection, even if she has to fabricate every step of the journey. Enter Title Here is that memoir, so the reader gets a first-person view as Reshma’s carefully calculated plans go off the rails. Whether or not this satirical look at the admissions process resonates with your own experiences, Enter Title Here is a novel unlike almost anything else on the market.

No matter who you are or how you’re feeling about the impending start of school, there’s likely a book out there that you’ll relate to. For even more inspiration, check out these lists of books set in high schools and books that every high schooler should read.